The Skull and Dagger Foundation has established two scholarships in memory of former Permanent Masters of the Society. The first was established in 1989 and is named in memory of Dr. Kenneth Owler Smith, a professor of Journalism, who served as Permanent Master of the Society from 1983 until his passing in 1988. The second was established in 2002 in memory of Dr. Harrison M. Kurtz, a professor of Biological Sciences, who served as Permanent Master from 1989 until his passing in 2001. A third scholarship was established in 2014. The Barden Centennial Scholarship is dedicated in memory and honor of Bella and Don Barden, and also celebrates their daughter’s, Alana Marshall Barden (’13) initiation into the Skull and Dagger centennial class, which was made possible by Bella and Don’s support and financing of her USC education. The William I. Griffith Scholarship is named in memory of Bill Griffith, member of the Class of 1946, who served as Editor of the Daily Trojan. All four scholarships are awarded annually to the continuing USC students (graduate or undergraduate) who have demonstrated significant campus and/or community leadership. 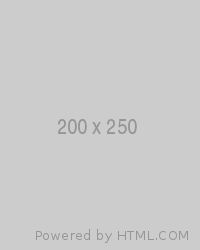