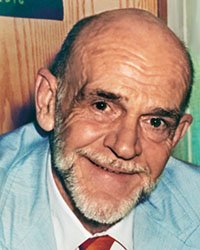 Dr. Kenneth Owler Smith, a professor of Journalism and Director of the Sports Information Program at USC, served as Permanent Master of the Society from 1983 until his passing in 1988. It was “Doc” Smith who best described the Society when he wrote that he “sincerely believed Skull and Dagger has a quiet, low-key reputation for service, dedication and performance (on behalf of the University) which serves us well. This is one organization that does not need a lot of exposure; its actions and caliber of its members are adequate evidence of its worth.” In 1988, the Skull and Dagger Foundation established the Dr. Kenneth Owler Smith Scholarship, annually awarded to the USC continuing students who have shown evidence of service, dedication and performance on behalf of the University. 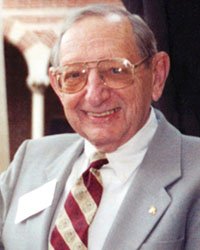 Dr. Harrison M. Kurtz, Distinguished Professor Emeritus of Biological Sciences, served as Permanent Master of the Society from 1989 until his passing in 2001. A 1987 initiate, he assisted in coordinating the scholarship program of the Skull and Dagger Foundation. During his teaching career, Kurtz was twice awarded the USC Associates Award for teaching Excellence and was considered a master teacher by students and colleagues. For 20 years, Kurtz was Vice Chairman of the Department, being responsible for curriculum, class schedules and student advisement and orientation, where his talents for relating to students were paramount. His university service included numerous ad hoc committees and many terms in the Faculty Senate and the President’s Advisory Committee. He was the founder and director of SCynergy, the Biological sciences Alumni Support group. He was a resident of Glendale, California and an active participant in the Glendale Kiwanis, including being named Kiwanian of the Year. Kurtz was survived by his wife of 44 years, Fran, and his children Pam Bobnes and Rich Kurtz. The Society established this scholarship in his memory in 2001. 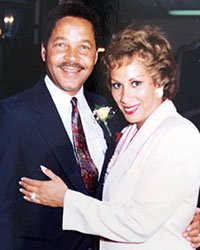 Don and Bella Barden were a well-respected and powerful couple in the city of Detroit. Don H. Barden (1943-2011), was a charismatic entrepreneur, a leader, and a visionary. At the age of 21, Don showed his entrepreneurial drive by opening up his own record store, “Donnie’s Records”. As a visionary, he refused to see barriers to entering industries like cable and gambling. Despite his lack of experience, he went on to develop the largest black cable television operator at the time (Barden Cable) and managed the only black-owned gaming conglomerate with properties in Las Vegas. Internationally, Don founded Barden International, Inc., an automotive processing plant built in Namibia, Africa, for the purpose of converting and unfitting General Motors vehicles.

Bella Marshall Barden (1950-2012) was a hardworking and dedicated career woman. After receiving her J.D. from the University of Michigan, Bella became the first female finance director for the city of Detroit at the age of 32 and served in this role for 11 years. She later went on to become the CFO and COO of Wayne County. Bella and Don both were friends to many organizations, charities and communities and believed in making a difference in communities in which they lived and worked.

The Bella and Don Barden Foundation is a living legacy of the couple and was inherited by their daughter Alana Marshall Barden (’13) who serves as the current president and chairman. The foundation strives to promote growth, leadership, and entrepreneurship in youth and pledges commitment to the community. The Barden Centennial Scholarship is dedicated in memory and honor of Bella and Don Barden, and also celebrates their daughter’s initiation into the Skull and Dagger centennial class, which was made possible by Bella and Don’s support and financing of her USC education. 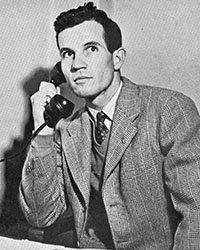 William I. Griffith (1946) attended USC prior to World War II, and upon his return to USC, became editor of the Daily Trojan. According to the 1946 El Rodeo – “Converting to its pre-war style, the Daily Trojan took more and more time and effort, and Bill completely gave himself to being editor of the student publication. Caught in the turmoil of elections and a larger student body than ever before, Bill’s term as editor was anything but calm and serene. His office was continually the scene of a battle between Bill and some group who objected to his viewpoint. He infuriated many factions within the Walls of Troy by refusing to be coerced and the editorial columns of the DT became more widely read than any other feature.” Griffith also served as a member of Trojan Knights and was initiated into Skull and Dagger in 1946. He passed away in 2016 and provided in his estate a gift to the Foundation so that a scholarship would be established in his memory. 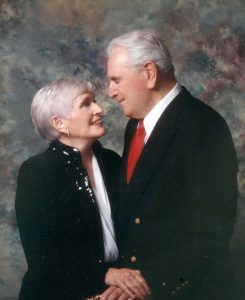 Dr. Robert R. Sr. (‘58) and Marjorie M. LaBriola Memorial Scholarship was created in 2022 in memory of his parents by Robert R. “Rocky” LaBriola, Jr. (’76), who served as Worthy Grand Master of the Society from 1984 to 1985. He led the Society through its most challenging times when he spearheaded the effort to change the bylaws to accept women as members in the early 1980s.  In a letter to the membership, LaBriola wrote that the Skull and Dagger ritual states that “time has changed, changes all too soon” and it was time to recognize both men and women who have brought honor, recognition and prestige to the University.  LaBriola continued to serve on the Executive Board of the Society for over 30 years and in 2016 was elected as Worthy Grand Master Emeritus, a designation only awarded to a select few members of the Society.