Keeper of the Flame Award

The following is a list of current & past recipients of this award: 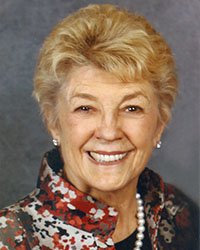 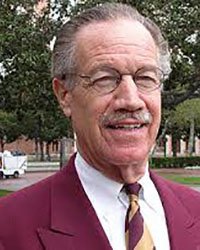 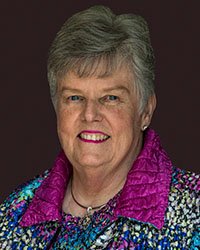 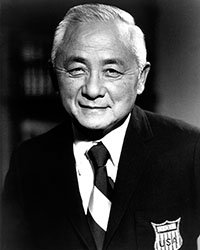 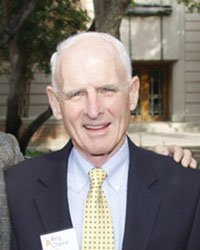 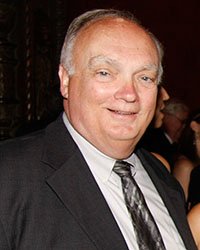 In 1982, Reed was selected as president of the USC Alumni Association and at the same time was appointed to the USC Board of Trustees, where she has served her alma mater ever since.

Lorna has served as president of the USC Associates, the Alumnae Coordinating Council, the Los Angeles chapters of the Trojan League and the Trojan Guild, as well as the Half Century Trojans. She has been a long-time member of the board of directors of the USC Norris Cancer Hospital, as well as the founder and first president of the USC/Norris Hospital Auxiliary.  The hospital’s research unit is named the Lorna Young Reed Breast Cancer Research Unit.

Lorna was elected into the Skull and Dagger Society in 1985, in the first class that included women, and has served on its Executive Board ever since. She was the first recipient of the Society’s Arnold Eddy Volunteer Service Award in 1993.

His tenure has been longer than any president, dean, trustee or football coach in the history of the university.  Under his direction, the Trojan Marching Band has gained international prominence, performing at the Olympics, Super Bowls, the World Series, the Oscars, the Grammys and in numerous movies and television shows. The Band has traveled to 17 countries on six continents.

The Keeper of the Flame Award is presented periodically to that member of the Society who best represents the values and traditions of Skull and Dagger. It is our highest honor and has only been awarded four times before:  Kenneth Taylor, Bing Cherrie, Dr. Sammy Lee and Anne Westfall.

Anne Westfall retired from USC in January of this year after 41 years of service to the university. In her own words, Anne says she is “honored and privileged to have worked with and served the most remarkable and talented group of men and women dedicated to the advancement and growth of the University of Southern California, transforming it from a small urban liberal arts university into the major academic research university it is today.”

Anne graduated in 1968 from the University of California at Santa Barbara with a degree in History and a minor in English.  While working a short period at the Huntington Library, she soon joined the staff at USC serving as secretary to Roger Olson (‘64), Director of Development during Dr. Norman Topping’s (’59) presidency, while her husband Stanley (‘09) completed his Bachelor and Master’s degree in Architecture at USC.

From 1971 to 1974, Anne joined her husband Stan at the U.S. Naval Base Subic Bay in the Philippines, where their son Michael (‘96) was born in 1972, and subsequently, after a return to Southern California, their daughter Jennifer was born in 1974.

Anne returned to USC in June 1977 where she worked for A. Bingham Cherrie (‘60) as his secretary until she was hired again by Roger Olson as his executive secretary until 1982.  After a short stint as a director of development at the Leonard Davis School of Gerontology, she was hired once again by Roger Olson now Senior Vice President for University Relations, to serve as director of special services during the presidency of Dr. James Zumberge (‘85).

In November of 1991, she was hired by President Steven B. Sample (‘97) to serve initially as assistant to the president and served Dr. Sample until his retirement in August of 2010.  In 1997 she became Dr. Sample’s Chief of Staff, and later was promoted to Senior Associate Vice President.  At the beginning of Dr. C.L. Max Nikias’ presidency, she served as Dr. Sample’s executive assistant until she returned from that position at the end of December of 2015.

Anne’s dedication and service to the University of Southern California is exemplary.  She is loved and respected by all her colleagues all through the years and has been a good friend of the Society.  We will miss her in her role at USC but wish her and Stan the best in their retirement.

Dr. Sammy Lee is the first American of Asian descent to win an Olympic gold medal for the United States. The diminutive diver, just 5-feet tall, had to overcome much discrimination before attaining his goals: to be an Olympic Champion and to be a Medical Doctor. He had promised his father, “I’ll do both,” avowed Sammy.

Sammy Lee studied pre-med at Occidental College. Due to the outbreak of World War II, an urgent need for doctors arose. Sammy enrolled in an “accelerated program”, completing the normal four-year curriculum in just three years. He received his MD from the USC School of Medicine in 1947. After the war, Dr. Lee went on to become an ear, nose and throat specialist.  Practice was made even more difficult, because he had to combat discrimination and prejudice virtually every day. “I would practice at the Los Angeles Swim Stadium and Brookside pool,” Sammy said “but non-Whites could use the pool only at Brookside one day a week, on Wednesday. And then the pool was emptied after we used it, and fresh water was brought in the next day.” When the pool was closed to Sammy, he would often practice his diving form by jumping onto a sand pile.

In 1942, at the age of 22, Sammy competed in the National Diving Championships and became the first non-Caucasian to win. The 1940 and 1944 Olympic Games had been canceled due to the war. Not until 1948, at age 28, could Sammy bid for his first Olympic medal in London. He astounded the world by winning a gold medal in the International Olympic Men’s platform and a bronze medal in the 3 meter springboard.  In the 1952 Games, Sammy won his second gold medal in the International Olympic Men’s platform. At 32, he was the oldest person to win a gold medal in diving, and the first male diver to win back-to-back diving gold medals.

A few years later, Sammy turned to coaching and not surprisingly, met with great success. In 1960, Sammy served as the United States Olympic Team’s Diving Coach.  He coached Bob Webster to gold medals in 1960 and 1964, and did the same with the great Greg Louganis, coaching him to a silver medal in 1976.

Dr. Lee turns 93 in August 2013. He lives in Southern California and leads a very active life with his wife, Roz, their children, Pamela, and Sammy II, and their three grandchildren. He plays golf regularly, and not surprisingly, he swims laps every day.

Dr. Lee made a triumphant return to London during the 2012 Olympics.

Bingham “Bing” Cherrie (’60) was awarded the Kenneth Taylor Keeper of the Flame Award at the Annual Initiation Breakfast held in Town and Gown on April 17. He became the first recipient of the award (after its namesake Ken Taylor) for his fifty years of service to the University of Southern California and to the Skull and Dagger Society.

Bing, a member of the Class of 1960, worked his entire professional career at USC, first in development on both the University Park campus as well as on the Health Science Campus, and most recently in the Business Affairs office, dealing especially with community and governmental relations.

He served as Worthy Grand Master of the Society from 1968 to 1971, and currently serves as a member of the Executive Board.  Bing is the quintessential “behind the scenes” guy – a point that hit home with many of his friends when he quietly retired from the University this past spring after fifty years of service.

Bing was known to many students as their “SC Uncle” – the “go to” guy if they were having problems at USC.  His friend Eber Jaques stated that Bing has helped over 100 USC students over the years.  Jaques says that Bing also served as a “de-coder” for his many friends to help explain to them how USC worked.

Bing and his wife Jan recently moved to Santa Barbara, where he has become a doting grandfather to his young granddaughter.  The Society is fortunate to have him continue to serve as a member of the Executive Board.

The Keep of the Flame award was name after Kenneth A Taylor, upon his retirement from USC.  Below are excerpts from an article written about his impact on students.

Ken Taylor enjoyed working with students during his USC tenure.

Leaving a legacy as long as his list of admirers, Ken Taylor, assistant vice president for student affairs, has retired after nearly 25 years of service.

One of those admirers, Tyler Kelley 2000 said Taylor is “one of the most influential people in my life.”  The former student body president, who is now the managing director and chief operating officer for Bel Air Investment Advisors LLC, got to know Taylor when Kelley was vice president of recruitment for the Interfraternity Council. “He was instrumental in helping me navigate the challenges every student faces in college. He helped me identify the most successful path whether it was for class, leadership or professional success,” Kelley recalled.

Taylor’s career at USC will be remembered by many people in many ways, but is commonly defined by his mentoring abilities, his connection with students and his strikingly adept way of helping people find their own solutions.

“He is one of those people who can see potential and ask leading questions to help you see how to help yourself,” said Jason Smith ’96.  Smith, who works as project director of renewable initiatives for Arizona Public Service, credited Taylor for his career path. Thanks to Taylor’s introductions, Smith earned an internship at Goldman Sachs, where he worked for 10 years, most recently as vice president. Smith and Taylor remain friends.

Taylor’s connections to USC began in 1972 when he moved to Los Angeles after serving in the U.S. Navy to pursue a graduate degree in economics. He completed the program in 1974 and returned in 1977 to teach economics.

Jerry Papazian ’77, managing director of Fountainhead Associates Inc., met Taylor not long after he started teaching at USC. Papazian was the adviser to the Alpha Tau Omega fraternity. “He came to the fraternity house to teach a review course for his class,” Papazian said. “It was very impressive that he would make the time to do that. He really connected with the students.”

Taylor became a faculty adviser to the fraternity and in 1986 took on the student affairs position of director of Greek life with the intention that it become “a dead-end position.”   “I told Kristine Dillon (then associate vice president for student affairs) that I did not want to be involved in politics and advancement. My focus was to work with students,” Taylor said.

His approach was always to help students help themselves. As adviser to the Greek community, he wanted the students to develop a system that could run itself. “I didn’t want to run the Greek community — I wanted to advise it,” he said. “I would tell students when problems came up that if they couldn’t solve them, I would. They always came back with a better response than I ever could have.”

Beth Saul, director of parent programs and fraternity and sorority leadership development, who worked with Taylor for 15 years, noted that he had an “excellent understanding of the dynamics of the Greek community.”

According to Michael Jackson, vice president for student affairs, Taylor “imparted President (Steven) Sample’s vision for academic excellence in the Greek community. Ours is now one of the best in the country.”

Jackson pointed out that Taylor set the tone in developing the residential college system at USC. “An outstanding highlight of his career at USC is his contribution to the development of Parkside and the Arts and Humanities colleges,” Jackson said.

Denzil Suite, associate vice president for student affairs, noted that Taylor “made valuable suggestions on how to shape the facilities and help student life.” He added that Taylor was instrumental in the development of the new Campus Center. “He has a real skill at seeing the big picture and the long-term ramifications,” Suite said.